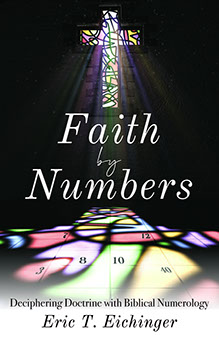 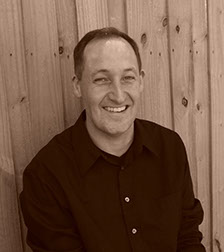 NASHVILLE, Tenn. (May 3, 2022) – With his trademark humor and insight, best-selling author and pastor Eric Eichinger takes a deep dive into the hidden meanings of numbers that appear throughout Scripture in his newest book, Faith by Numbers: Deciphering Doctrine with Biblical Numerology, which released today, May 3, 2022, through CrossLink Publishing.

The new book follows Eichinger's No. 1 Amazon best-seller, The Final Race (Tyndale House), an intriguing biography of Eichinger's own personal and running hero, Eric Liddell (the Olympic champion runner and the basis of the 1981 Oscar-winning film, Chariots of Fire), and Liddell's time as a missionary in China, as well as Eichinger's most recent book, Lord of Legends, Jesus’ Redemption Quest (Concordia Publishing House).

While Lord of Legends, an innovative approach to the Gospel story, is focused on the super-heroism of Jesus Christ, Faith By Numbers shares the hope of Christian faith through the vantage point of God’s recurring use of specific numbers throughout the Bible.

From "forty days and forty nights," to "the seventh day of rest," to "the three-in-one God," and "the Messiah who rose on the third day," the Bible is teeming with significant numbers and patterns.

New and seasoned readers of Scripture will be delighted to discover the seldom recognized underlying meanings and theological relevance of this Biblical design.

"Have you ever wondered why people say the third time's the charm, how seven came to be considered lucky, or why scoring a perfect ten matters? What if I told you that God intentionally employs specific numbers in the Bible and He's revealing something about Himself through them?" asks Eichinger. "It just might make you read the Bible differently, in a whole new way, examining the seemingly ordinary, and discovering an extraordinary divine truth, hidden in plain sight."

In Faith by Numbers, Eichinger, a gifted storyteller, takes his readers on a riveting journey. Deciphering the use of numerical patterns in the Bible, he systematically untangles the hidden meanings behind the numbers, helping readers examine and retain great amounts of Scripture, doctrine, and theology in a unique way, while reinforcing the core beliefs of Christianity.

"I've long been interested in writing a book about the powerfully significant recurring numbers in the Bible, in a way that actually helps people realize, remember, and reinforce their Christian faith," says Eichinger.

“Numbers matter. They matter on paychecks, scoreboards, medical charts, and speedometers. And Faith by Numbers makes clear—they should matter to Christians. This short book weaves together animated narrative accounts, numeric rhythms of Scripture, and foundational doctrinal truth in an engaging and rewarding way that will benefit every disciple of Christ," says author and seminary professor Rev. Dr. Joel Biermann.

Eichinger’s engaging and creative approach to Scripture flows seamlessly from the events of his formative years, which were hallmarked by elite athleticism, a youthful fascination with comics and pop culture, and a strong desire to pursue ministry opportunities around the world.

“I was never very popular growing up,” he says. “My escape was comics. My dad would drive me to the Chicago Comic Convention, where I met and had comics signed by many of my comic artist and writer heroes—notably, Stan Lee."

When his father commented to Mickey Spillane, a crime novelist, that his son might be a writer one day as well, a person behind them in line laughed and rolled his eyes.

“That lit a fire in me,” Eichinger recalls.

Said fire spread quickly, as, around the same time, young Eichinger discovered he could run.

After college, while many friends and family members encouraged him to pursue the pulpit, Eichinger opted instead to go on a two-year missions journey in China’s Jiangxi province, teaching conversational English with Lutheran World Missions.

While he initially thought this opportunity “seemed much cooler” than seminary, upon arrival, Eichinger encountered loneliness, frustration with the language barrier, and the absence of the familiar, all of which made much of his time there very challenging.

“My first year in China was extremely difficult,” Eichinger recalls. “God slowly took everything away from me—family, friends, favorite foods, sports, a relationship, even the ability to read or speak the language all around me. God broke me down.”

And then He built him right back up again. In the midst of challenge, Eichinger heard the clear call of God to become a pastor. He also met his future wife, and visited the grave of his hero, Eric Liddell, which eventually led to Eichinger's first book and his writing career.

Upon returning to the states, Eichinger went to seminary, got married and started a family, wrote a best-selling book, and never looked back. Fifteen years later, Eichinger is now a seasoned pastor, notable author, and, most of all, a reverent traveler on his own epic journey.

Best-selling author and pastor Eric Eichinger, a gifted storyteller, possesses the rare gift of exploring the attributes of those considered heroic to astonishing and gripping effect, as he demonstrated with his No. 1 Amazon best-seller, The Final Race. Inspired by Eichinger's own missionary and running hero, Eric Liddell (the Olympic champion runner and the basis of the 1981 Oscar-winning film, Chariots of Fire), Eichinger chronicled Liddell’s World War II service and sacrifice with riveting detail and captivating charm. His latest books are Lord of Legends: Jesus’ Redemption Quest (Concordia Publishing House) and Faith by Numbers: Deciphering Doctrine with Biblical Numerology (CrossLink Publishing).

Growing up in Kalamazoo, Michigan, best-selling author and pastor Eric Eichinger was raised in a loving family which was actively involved with Zion Lutheran Church.

As a kid, he developed a love of comics, and discovered that he had a talent for running. He became a highly successful student athlete, winning competitions throughout junior and senior high school and college. He also developed a love of acting, and after majoring in theater at Michigan State University, he had his sights set on a possible career as a stand-up comedian. But after serving as a missionary in China, where he taught English for two years, he pledged his life to ministry and attended Concordia Seminary in St. Louis.

While in China, Eichinger met his future wife and visited the gravesite of his life-long running and missionary inspiration, Eric Liddell. The trek to Liddell’s gravesite would become the impetus for Eichinger’s first major writing project, which would open the door to his writing career.

In his third year of seminary, he drew upon his missions experience, as well as his theological and theater background, to pen a screenplay sequel to Chariots of Fire, which eventually helped him acquire a literary agent and a publishing deal with Tyndale House Publishers.

Today, in his 15th year behind a pulpit, Eichinger is the senior pastor of Bethel Lutheran in Clearwater, Florida. He and his wife Kara rejoice in the blessings God has poured into their lives, not the least of which are their three children—Elsie (13), Lukas (11), and Isaak (6), a jackpot trifecta of youthful delight.

CrossLink Publishing is a Christian publishing company located in Rapid City, South Dakota, and a subsidiary of the CrossLink family of ministries.

﻿We are a member of the Christian Indie Publishing Association (CIPA) and the Independent Book Publishers Association (IBPA), and have a strong reputation for producing quality, award-winning books, with the highest quality glossy covers and crisp interior pages. For more information, visit crosslinkpublishing.com.